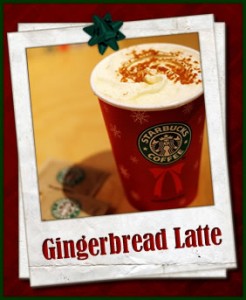 Starbucks Cofee UK reported strong sales for its Christmas drinks, with 20% more Gingerbread Lattes! Starbucks has announced plans to open 30 new stores in the UK by September 2010, following an “exceptionally busy Christmas period”. The new stores, which will be a mixture of company-owned and licensed outlets, are planned to open by the end of Starbucks’ fiscal year in September. Read more here. 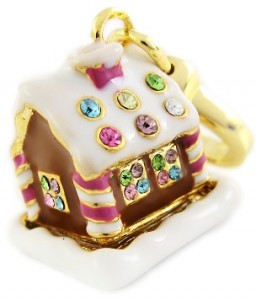 This whole grain cake has no refined sugar but lots of flavor. Just because it is called Healthy and made with Whole Wheat, you may be surprised at how great it tastes. With winter still upon us, try this cake warm from the oven with some whipped cream. Uh… low fat whipped cream. 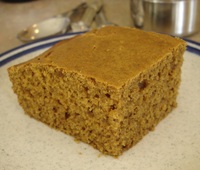 So cute and Sweet this is! This cute little Gingerbread girl is sending her love via this cool Flip Camcorder. Visit here for details to get yours now!

This log cabin Gingerbread house is amazing! Looks really rustic and cozy complete with snow, pine trees and chimney – makes you want to  snuggle up inside next to the warm crackling fire with your yummy Gingerbread latte! Visit here for recipe and pattern 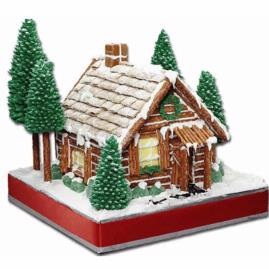 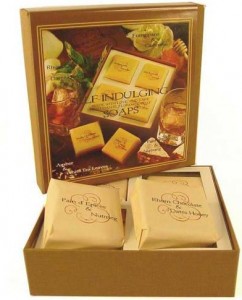 Just because Christmas has passed, does not mean Gingerbread is gone! Self Indulgence with no guilt and no calories. This beautiful set includes 4 soaps 100 grams each -3.5 oz- with the following evocative fragrances Frangipane Flower & Cashmere Gingerbread & Nutmeg Amber & White Tea Rhum Chocolate and Honey Date. Made in Florence Italy. Details here.

From all of us at gingerbreadfun.com we wish you and yours a very Happy 2010 New Year!